On reconsideration of a decision at the License Appeal Tribunal (LAT), Executive Chair Linda Lamoureux has confirmed that an insurer’s deficient notice under Section 38 of the SABS will have strict consequences.

The decision, M.F.Z. v Aviva Insurance Canada, dealt with two claims, which the insurer treated within the Minor Injury Guideline (MIG). When denying a claimant’s application for medical and rehabilitation benefits, Section 38 requires that the insurer’s correspondence include specific information. The LAT has generally followed the FSCO decision of Augustin v. Unifund (2013) when determining the proper content of a Section 38 notice. If the insurer’s denial correspondence fails to satisfy the Section 38 notice requirements, subsection (11) provides for two consequences:

The M.F.Z. reconsideration request raised two distinct legal issues in circumstances where an insurer’s notice fails to comply with Section 38. First, Aviva challenged the finding that the insurer is forever precluded from relying on the MIG after one deficient notice letter. Second, Aviva argued that the disputed OCF-18, for which an improper denial notice was given, should not be automatically payable without consideration as to whether it was reasonable and necessary.

E.C. Lamoureux held that the SABS completely bars an insurer from ever taking the position that the MIG applies following a deficient Section 38 notice. Where deficient notice has been given, E.C. Lamoureux also held that there ought to be no consideration as to whether the disputed OCF-18 was “reasonable and necessary”.

With regards to one of the disputed OCF-18s, E.C. Lamoureux found that the claimant was automatically entitled to the treatment incurred during the period of deficient notice. Although the initial denial was deficient, Aviva’s subsequent letter serving the Section 44 report was proper notice which “cured” the defect. Section 38(11)2 only provides for “automatic” entitlement up to the date the insurer provides proper notice. There was no discussion as to how benefits incurred after the defect is cured are to be treated.

The M.F.Z. decision is being further appealed to the Divisional Court. For the time being, insurers should be aware that the LAT will be strictly applying the consequences outlined in Section 38(11)2. Insurers should always take care when drafting denial letters to ensure compliance with Section 38. However, subsequent correspondence (e.g. a letter providing a copy of the Section 44 report) should also be carefully drafted to fully explain the insurer’s decision. Such letters which arise in the ordinary course of handling may go a long way to minimize the damage flowing from “automatic” entitlement. 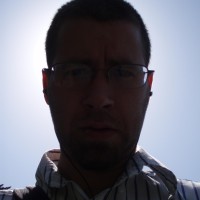 Court of Appeal addresses limitation periods in LTD claims, againPrev
Standard of Care in the Context of Contractual Duties and Industry PracticesNext